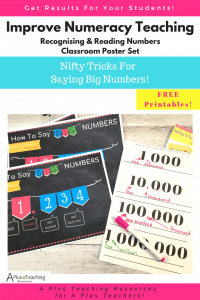 Saying big numbers can be difficult for kids, especially numbers with 5 or more digits. Students who find saying big numbers difficult may not understand that numbers are said in groups or ‘families’ of three; ones, thousands and millions and that the comma or space in numbers represent a place value word.  They become confused  because they don’t understand how the ‘families’ of numbers work,  or how to say these numbers out loud.

You probably have these students in you classroom, they are the ones that will say big numbers in a string, “seven, one, three, two, six, five” instead of seven hundred and thirteen thousand two hundred and sixty five.  Help your students become confident at saying big numbers with these FUN posters and read more about the nifty comma trick HERE…

Our brain wants to think visually about mathematics, yet few curriculum materials engage students in visual thinking. The neuroscientists’ research shows the importance not only of visual thinking but also of students’ connecting different areas of their brains as they work on mathematics.Jo Boaler 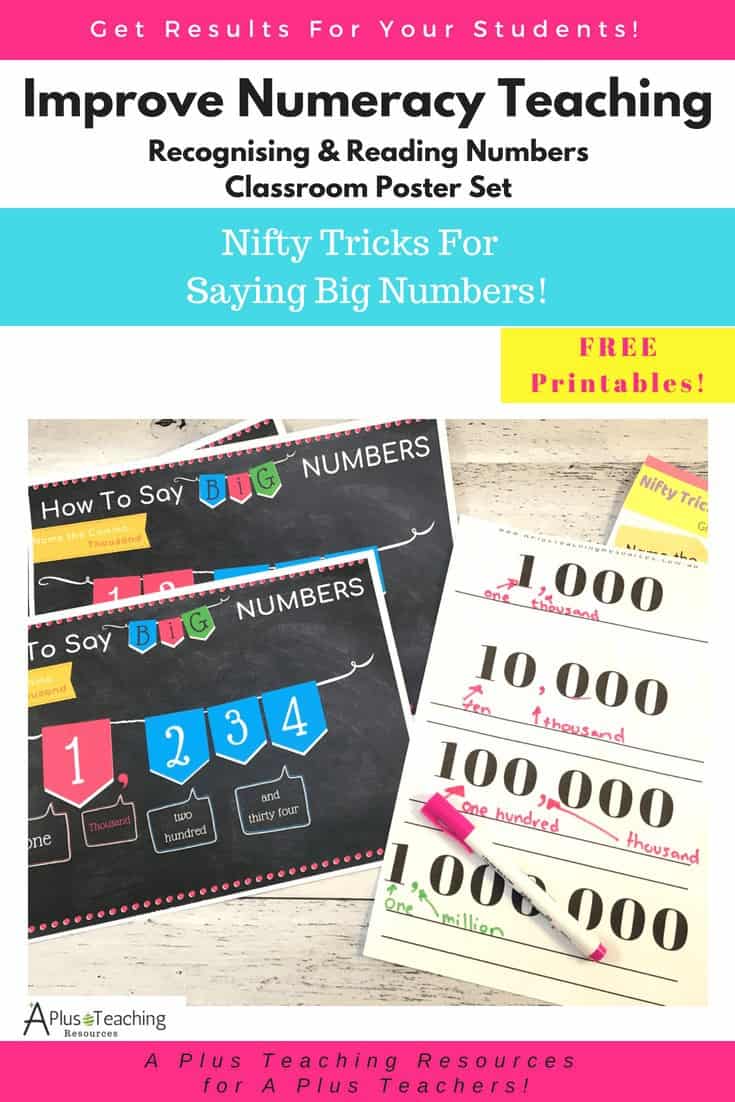 There are no reviews yet.

Only logged in customers who have purchased this product may leave a review.

Do you want more time for yourself and more $ in your pocket? (well let’s be honest… more $ for shopping at Kmart! hehehe.) Do you need high quality teaching resources, printables & planning kits to help make your teacher life run smoothly?  If You answered YES! Then you need to become a VIP Member Today!

When You Join Our VIP Membership we Guarantee You Will Get…

You can get this slice of Teaching Heaven for LESS than the price of your daily COFFEE!  That’s right! For a teeny tiny AU$3.08 per MONTH, you can Put The Joy Back Into Teaching!

What Are You Waiting For? Click the Pink Button To See More!